Europe is starting to realize that security without Russia, Belarus is impossible: Lavrov 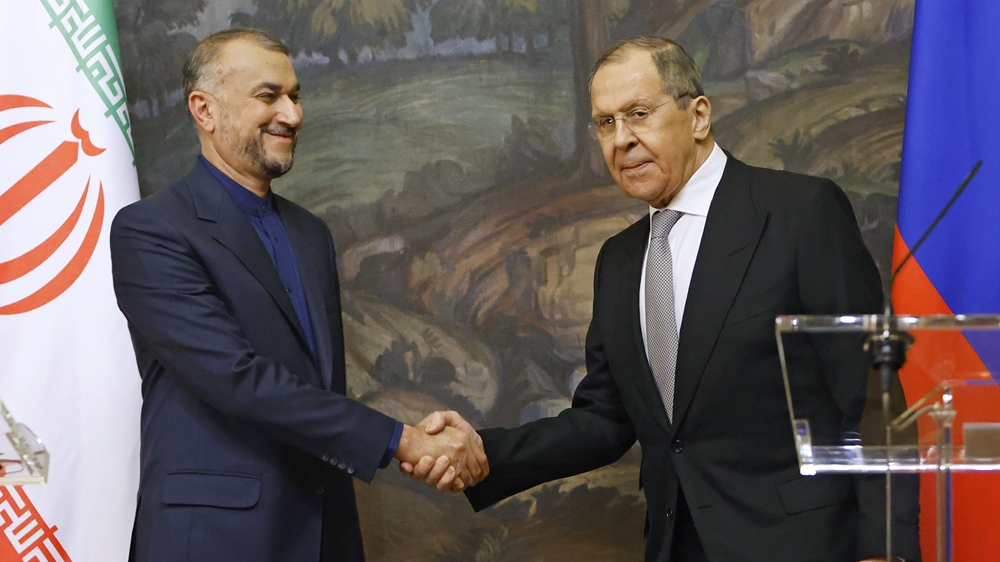 Russian Foreign Minister Sergei Lavrov met his Iranian counterpart on Thursday (June 23), as world powers and Tehran are struggling to revive their 2015 nuclear pact and negotiations are stalled.


Lavrov shook hands with Hossein Amirabdollahian in the capital Tehran, a day after arriving in the country, before officials from both states sat down for a meeting.


Russia’s foreign ministry posted a clip of Lavrov’s opening remarks during a meeting with Iran’s President Ebrahim Raisi in which he said Moscow was adapting to what he called the West’s aggressive policies.


Last month Moscow said Russia and Iran, which are both under Western sanctions and sit on some of the world’s largest oil and gas reserves, had discussed swapping supplies for oil and gas as well as establishing a logistics hub.


While Moscow is challenging Western sanctions over Ukraine, Tehran’s clerical rulers have been struggling to keep Iran’s economy afloat because of U.S. sanctions that were reimposed after Washington exited Tehran’s nuclear deal in 2018.

Europe is starting to realize that security without Russia, Belarus is impossible: Lavrov