Azerbaijan is trying to accumulate legitimacy of new war against Armenia, against Artsakh: Armenia’s Prime Minister

OSCE Minsk Group has not announced its non-existence: Nikol Pashinyan 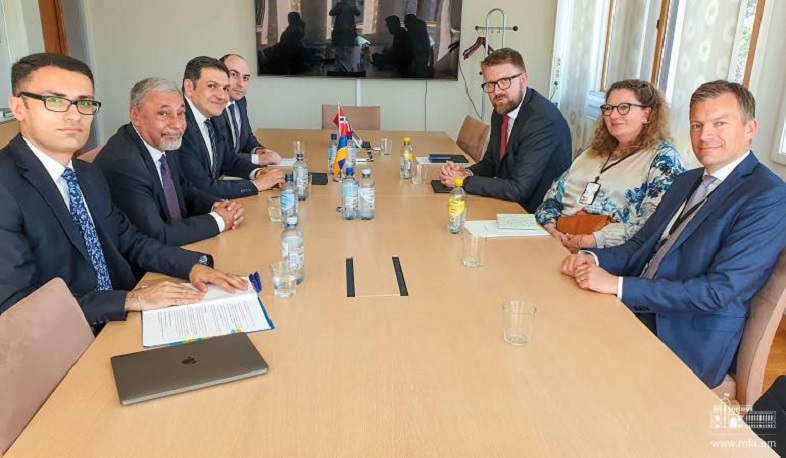 
At the beginning of the meeting, the parties welcomed the 30th anniversary of the establishment of diplomatic relations between Armenia and Norway.


During the consultations, the parties highly assessed the political dialogue between the two countries, discussed a wide range of issues on the Armenian-Norwegian bilateral agenda, stressing the steps that should be taken to strengthen and expand it. Touching upon the importance of intensifying the economic ties, the parties expressed willingness to take active steps towards strengthening and expanding them.


The parties exchanged views on a number of issues of international and regional importance, discussed the prospects for cooperation and mutual support within the international organizations. The parties emphasized the importance of regular political consultations.


During the visit, Deputy Foreign Minister Hovhannisyan delivered a special lecture on regional developments at the Norwegian Institute of International Relations (NUPI).