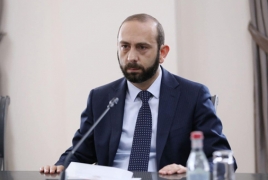 According to a statement from the Armenian side, the two expressed satisfaction with the results of the recent official visit of Prime Minister Nikol Pashinyan to the State of Qatar and stressed the importance of the consistent implementation of the agreements reached during the visit.

The diplomats also weighed in on the steps aimed at intensifying the political dialogue between the two countries, mutual high-level visits and the development of economic ties. The importance of developing cooperation in the fields of information technology, agriculture, air travel, tourism and education was noted.

They also exchanged views on issues of regional security and stability.