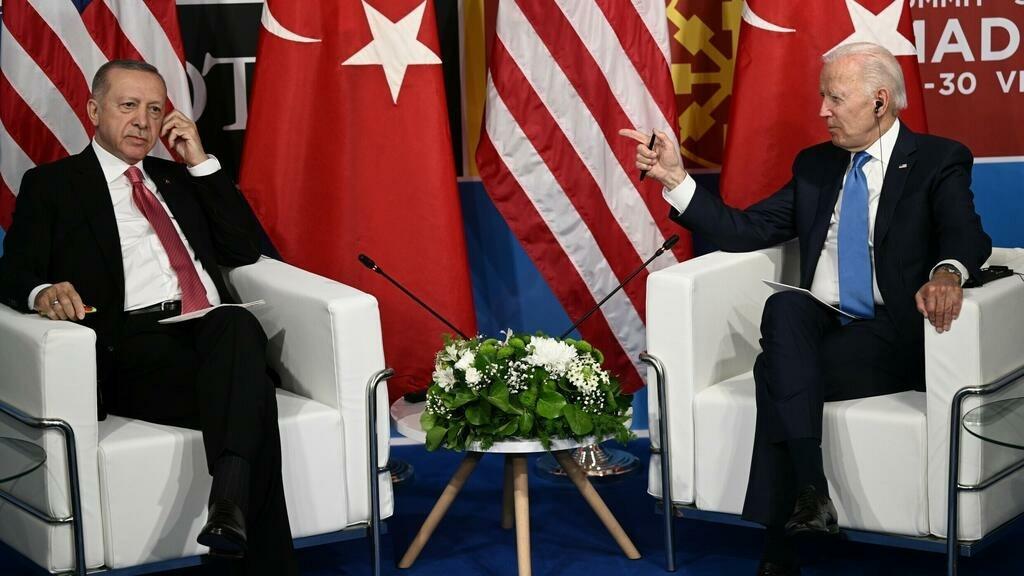 When NATO Secretary-General Jens Stoltenberg, in Finland on June 12, yet again proclaimed that Turkey is a key ally whose “security concerns” must considered, any rational onlooker would have believed that he finally pulled the rug from underneath many Armenians who still cling to the fanciful belief that the “West” is still on their side.

These naive Armenians believe the West is sympathetic to their moral claims to justice, occupied lands, an independent status for Artsakh, et al.

Realpolitik is never a part of the equation for many Armenians. Morality is very low on the list when the domianant nations of the world draft their foreign policy.

The West’s strategic interests outweigh any moral demands such Armenians continue to clamor about in the streets of Yerevan or some cozy corner of the diaspora.

“We have to remember and understand that no NATO ally has suffered more terrorist attacks than Turkiye,” Stoltenberg said with a straight face.

That the NATO chief conveniently failed to mention the domestic “terrorism” of successive Turkish regimes to quash human and national rights in Turkey.

One glaring example of Turkish state-sponsored domestic terrorism is the Kuşkonar massacre. On March 26, 1994, Turkish war planes bombed the villages of Koçağılı and Kuşkonar near the province of Şırnak. Thirty-eight civilians were killed in the attack, mostly children, women, or the elderly. A Turkish court found that the PKK was responsible. Families of the victims appealed to the European Court of Human Rights (ECHR). An investigation found that there was no PKK activity in the area. Turkey was condemned for killing Kurdish civilians and the ECHR ordered Turkey to pay 2,3 million euros to the families of victims.

Since the 1970s, the European Court of Human Rights (ECHR) has condemned Turkey for the thousands of human rights abuses against the Kurdish people. The judgments are related to systematic executions of Kurdish civilians, torturing, forced displacements, thousands of destroyed villages, arbitrary arrests, etc.

Stoltenberg is surely aware of this history but, given his mission to expand NATO’s presence, conveniently overlooks the facts.

Turkey was able to force its “security demands” on a morally hypocritical NATO.

After a series of top-level closed-door talks, Turkey and NATO struck a deal allowing Sweden and Finland to join the military alliance. U.S. President Joe Biden telephoned Erdoğan, asking him to drop his objections to Finnish and Swedish accession to NATO.

Ankara lifted its veto the next day. While Biden said Washington offered nothing in return to Turkey, his administration announced its support for the potential sale of the F-16 fighter jets to Turkey,

“I want to particularly thank you for what you did putting together the situation with regard to Finland and Sweden,” Biden told Erdoğan during a one-on-one meeting on the sidelines of the NATO summit in Madrid. “You’re doing a great job.”

According to the deal, Turkey, Finland, and Sweden signed a memorandum deepening their counterterrorism cooperation, addressing Ankara’s concerns that the two Nordic countries are not doing enough to crack down on the Kurdistan Workers’ Party (PKK). Finland and Sweden also agreed not to support the Gulenist movement. Additionally, Sweden agreed to end an arms embargo against Turkey that dated to its 2019 incursion into Syria.

The memorandum noted that one of the key elements of NATO is its unwavering solidarity and cooperation in the “fight against terrorism, in all its forms and manifestations” — a term the Turkish government likes to use.

During the 2020 Artsakh war, Armenian political pundits and government sources in Armenia and Artsakh talked about the “Turkey-Azerbaijan tandem” and how Turkish military support and guidance tipped the balance in favor of Baku.

They might have described it as a “NATO-Azerbaijan tandem”, given the utter silence of NATO member states on Azerbaijan’s war to “liberate” Karabakh.

Were these pundits and officials under the naive impression that NATO, including the U.S., would berate Ankara for such support to Baku.

On October 21, 2021, then Armenian President Armen Sarkissian, in Yerevan, met with NATO Secretary General’s Special Representative for the South Caucasus and Central Asia Javier Colomina Piriz, telling him that Yerevan viewed Turkey’s involvement in the 2020 Karabakh war as problematic. A statement released by Sarkissian’s office did not specify what Piriz had to say on the matter.

All Piriz had to say was that NATO values its ​​cooperation with Armenia to enable the continuation of political dialogue. He also stressed the great contribution of Armenia to NATO missions in ensuring international security.

The much-ballyhooed Armenia-Artsakh-Diaspora “holy trinity” failed to protect the Armenians of Artsakh. So did Armenia’s friends in the “West.” But any clearheaded Armenian knew the “West”, given its own strategic interests, would not support any notion of an independent Artsakh and would tacitly back Azerbaijan’s territorial integrity.

Those in Armenia and the diaspora would call for a shift of Armenia’s defensive strategy from Russia to the “West” need to face present facts and historical realities.

NATO-financed Turkish troops and tanks rermain the main threat to both Armenia and Artsakh.

Until Russia’s strategic interests in the South Caucasus change, and they well might, this is the reality facing Armenia and Artsakh.