”I have shared this information with my international interlocutors, as well as with the CERD”. Kristinne Grigoryan | MAMUL.am 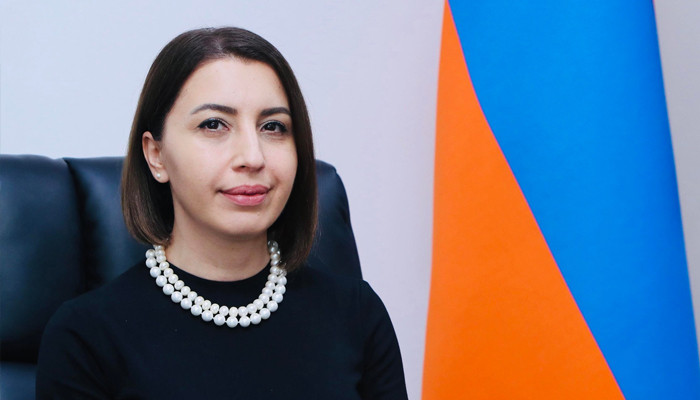 Yesterday, Gudrat Hasanguliyev, a deputy of the National Assembly of Azerbaijan confessed about the Azerbaijani state policy aimed at the ethnic cleansing of the population of Nagorno-Karabakh.
In particular, he stated that “Armenia should put an end to its territorial ambitions towards Azerbaijan and stop supporting the bloody separatism of Karabakh. Until this is not done, we should not recognize their (the population of Nagorno-Karabakh) right to life in peace”. Subsequently, the deputy stated that under the current situation, it is not possible for Armenians to live in Azerbaijan.
Another deputy, Fazil Mustafaev, echoing his colleague, also has directly threatened the physical existence of the population of Nagorno-Karabakh.
In reality, the examples and proves of the Azerbaijani policy of ethnic hatred and ethnic cleansing of Armenians are numerous, however, it is striking that the high-level officials representing the Azerbaijani leadership are making these announcements in the context of the provocations carried out by their armed forces in recent days, as a result of which two Armenian servicemen were killed and 19 others were injured.
It is a fact the right to life of the peaceful population of Nagorno-Karabakh is not guaranteed, and the Azerbaijani officials are directly confirming that.
I have shared this information with my international interlocutors, as well as with the Committee on the Elimination of Racial Discrimination (CERD), which in the coming days will review Azerbaijan’s periodic report on the implementation of the UN International Convention on the Elimination of All Forms of Racial Discrimination.

A new war is brewing in Africa | MAMUL.am

A new war is brewing in Africa | MAMUL.am

,,On August 25th, the villagers of Aghavno will have to leave their houses,,: Rima Yeghiazarian (video) | MAMUL.am