The Armenian side conveyed proposals regarding the activities of the peacekeepers to the Russian leadership in 2021. MFA

The Armenian side conveyed proposals regarding the activities of the peacekeepers to the
Russian leadership in 2021. MFA 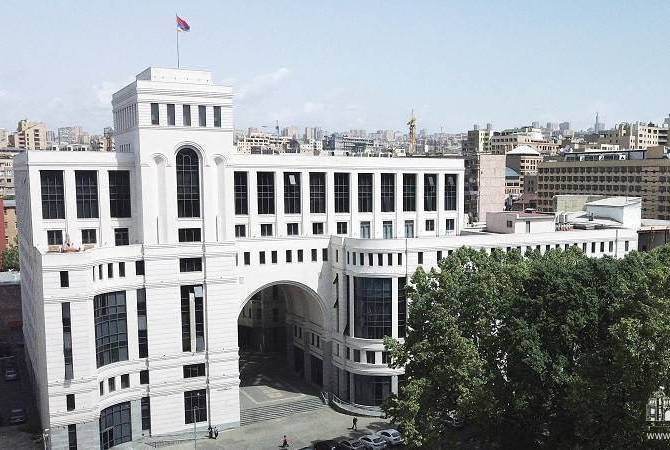 
YEREVAN, AUGUST 5, ARMENPRESS. The concerns of the Armenian side regarding the need to increase the effectiveness of the activities of the Russian peacekeeping troops and the emergence of possible issues in the future, among other cases, were transferred in a written form to the top leadership of the Russian Federation in February 2021, ARMENPRESS reports the press secretary of the MFA Armenia Vahan Hunanyan said, answering the questions of the media.

Earlier, Russian Foreign Minister Sergey Lavrov stated that Moscow has not yet seen Prime Minister Nikol Pashinyan’s proposals on aclarifying the details of the peacekeeping mission of the Russian Federation in Nagorno-Karabakh.

During the Cabinet meeting on August 4, Prime Minister of Armenia Nikol Pashinyan announced that a number of events in Nagorno-Karabakh, including the events of the last few days, raise questions among the Armenian public about the content and nature of the peacekeeping operation in Nagorno-Karabakh. In this context, Pashinyan considers very necessary to clarify the details of the peacekeeping operation in Nagorno Karabakh.