there are no servicemen of Republic of Armenia in Nagorno-Karabakh 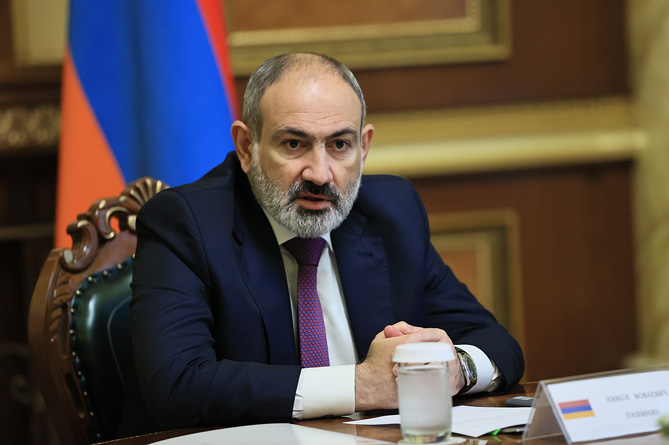 YEREVAN, August 4. /ARKA/. There are no servicemen of the Republic of Armenia in Nagorno-Karabakh, Armenian Prime Minister Nikol Pashinyan said at a government session on Thursday.


His remarks come in retaliation to Azerbaijan’s continued allegations about the military presence of Armenia in Nagorno-Karabakh.


“I officially declare that there are no servicemen of the Republic of Armenia in Nagorno-Karabakh,” the prime minister said.


“Secondly, the statement clearly says there is the line of contact, and thirdly, it fixes the Lachin corridor, which provides the sole overland link between Nagorno-Karabakh and Armenia. In fact, Azerbaijan is fighting against these three provisions and we expect that according to the trilateral statement, the Russian peacekeeping contingent will not let Azerbaijan distort these fundamental points,” he said.


In response to Azerbaijan’s questions why the Defense Army of Nagorno-Karabakh is located along the line of contact Pashinyan said: “If the peacekeeping forces of the Russian Federation and Azerbaijan guaranteed the inviolability of the line of contact, then the Defense Army of Nagorno-Karabakh, I think, would not have the need to carry out combat duty. Such a need arose only after Azerbaijan refused to sign the mandate of peacekeepers and continues to violate the provisions of the trilateral statement of November 9, 2020, including the cessation of all military actions, which is the essence of this document,” Pashinyan said.


Pashinyan also said that although there are no active military operations along the line of contact in Nagorno-Karabakh now after yesterday’s intense fighting, the situation, according to the assessment of the Nagorno-Karabakh authorities, continues to be extremely tense.

EDB plans to triple its investment in Armenia to $287 million

The Valley's Armenia, Fight for Peace: Local Armenians bringing awareness and support one hand at a

One of the oldest civilizations in the world: we know Armenia thoroughly (FULL DOCUMENTARY)