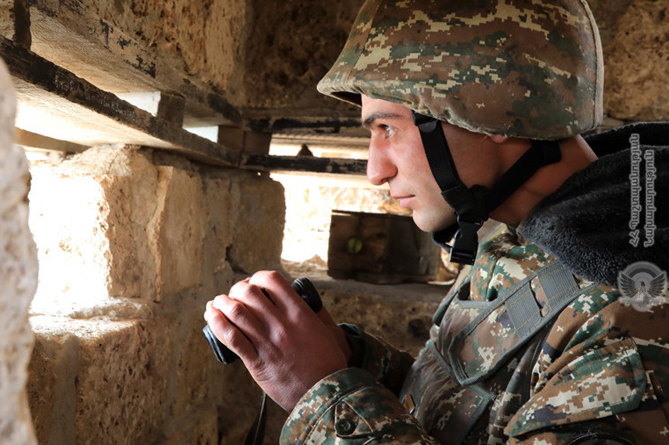 YEREVAN, August 4, /ARKA/. The United States is deeply concerned by and closely following reports of intensive fighting around Nagorno-Karabakh, including casualties and the loss of life, Ned Price, spokesperson for the Department of State said.


“The recent increase in tensions underscores the need for a negotiated, comprehensive, and sustainable settlement of all remaining issues related to or resulting from the Nagorno-Karabakh conflict,’ he said..


On August 3 Azerbaijani units, having grossly violated the ceasefire, shelled the combat positions of the Defense Army of Nagorno-Karabakh, using mortars, grenade launchers and UAVs.


As a result two contract servicemen – Guren Gabrielyan and Artur Khachatryan – were fatally wounded and more than a dozen of others were wounded.


The Artsakh Ministry of Foreign Affairs strictly condemned in a statement the new round of Azerbaijan’s aggressive actions qualifying it as another manifestation of Armenophobia, an attempt to violate peace and stability in the region, as well as discredit the peacekeeping mission.


It called on the international community to assess the actions of Azerbaijan and take appropriate steps to restrain Baku’s destructive policy.


“Artsakh Armenians are unwavering and determined to live free and independent on their land and overcome all difficulties with dignity,” the statement stresses.


Armenian Foreign Minister Ararat Mirzoyan accused Wednesday Baku of “arbitrary interpretation” of the truce accord and attempts to “destabilize the situation during a meeting with Andrzej Kasprzyk, head of an OSCE mission monitoring the ceasefire regime in the Karabakh conflict zone.


The secretary of Armenia’s Security Council, Amen Grigorian, said earlier on Wednesday that Azerbaijan’s demand to close the Lachin corridor serving as the sole overland link between Armenia and Karabakh and organize traffic along a new road was illegal. He recalled that under the terms of the 2020 truce accord Russia, Azerbaijan and Armenia must work out before 2024 a plan for the construction of a new Armenia-Karabakh road.


President of Artsakh Araik Harutyunyan declared Wednesday partial military mobilization and called an emergency meeting of the Security Council. Later he called on Artsakh residents urging them to remain calm and composed.


“We can record that at this stage there are certain changes in the de-escalation of the situation related to both the military situation and the Lachin corridor,” Harutyunyan said. -0-

“The residents of Aghavno are leaving the settlement, they have no other choice. Let them all die, for what? ‘For nothing,’ so they can also consider those who died as nothing?”: Aghavno community leader

CSTO concerned by reports of clashes in Karabakh – Panorama

The threat of destruction of Armenian cultural heritage in Nagorno-Karabakh

Situation along line of contact in Nagorno-Karabakh stable –defense ministry

“The residents of Aghavno are leaving the settlement, they have no other choice. Let them all die, for what? ‘For nothing,’ so they can also consider those who died as nothing?”: Aghavno community leader