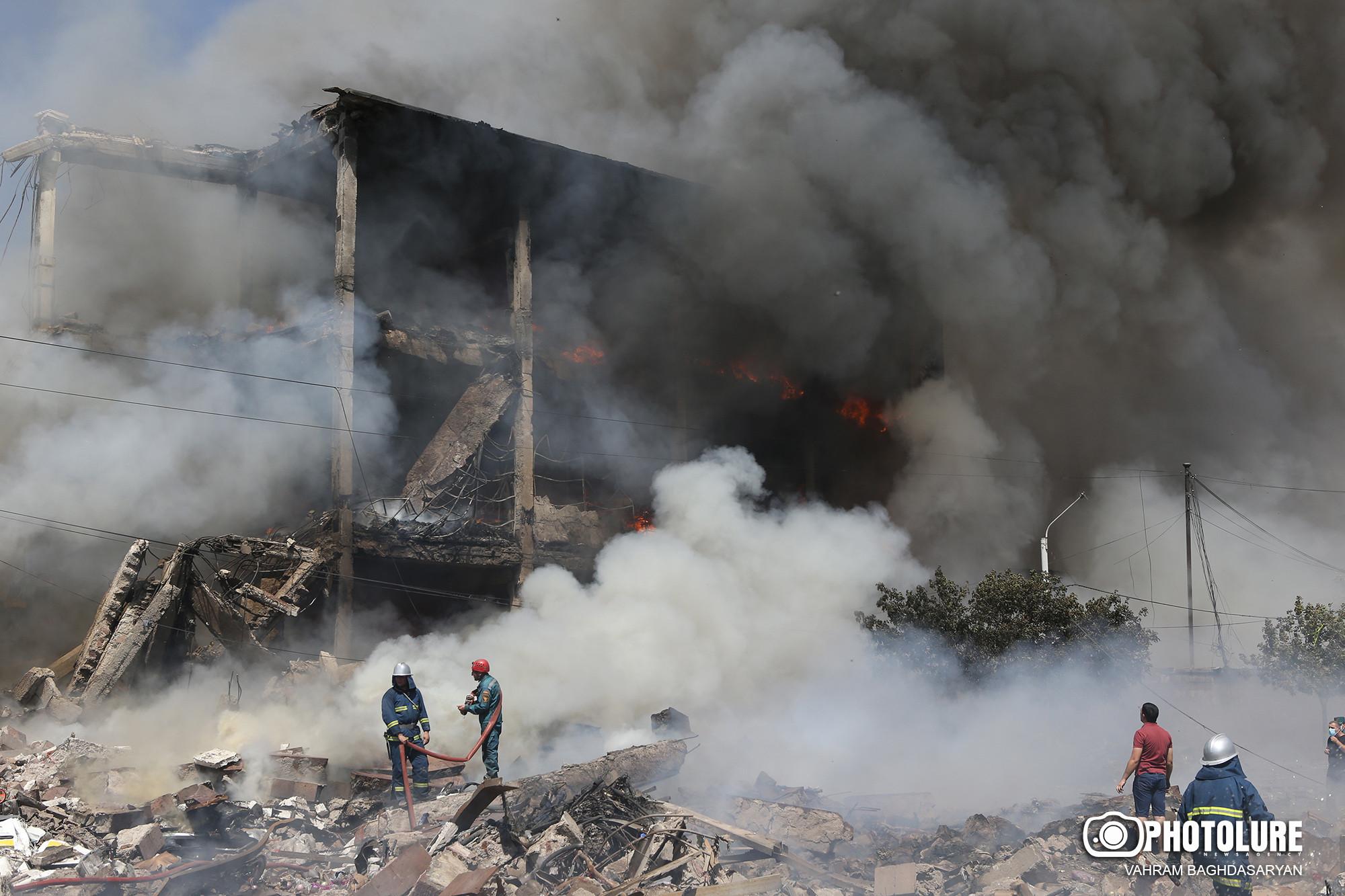 An explosion at Yerevan’s Surmalu market today has killed one person and wounded scores of others.

The Armenian Ministry of Emergency reports that a fireworks warehouse at the market caught fire, causing the explosion that destroyed the depot.

Emergency service workers rushed to the scene and removed the wounded from under the debris.

The ministry reports that 34 people were taken to local hospitals for medical treatment.

The market is just over one mile south of Yerevan’s center.

Update: As of 6:30 p.m. local time, the official number of those wounded in the blast is 57. None of their injuries are life-threatening according to the health ministry. Twenty of the wounded received medical treatment and have been discharged from local hospitals.

As of 8:10 p.m. local time, the official death toll in the explosion is two.