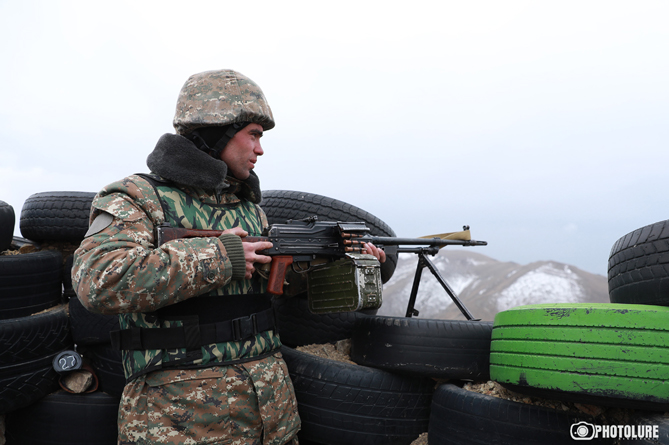 YEREVAN, September 22. /ARKA/. Armenian Defense Ministry reported that on September 21, at around 8 p.m., units of Azerbaijani Armed Forces opened fire from mortars and large-caliber small arms in the direction of Armenian positions located in the eastern part of the Armenian-Azerbaijani border.


It said the enemy’s fire was repulsed. The Armenian side has one wounded. It said also that as of 9:30 p.m., the situation on the Armenian-Azerbaijani border was stable, there was no shelling. -0-