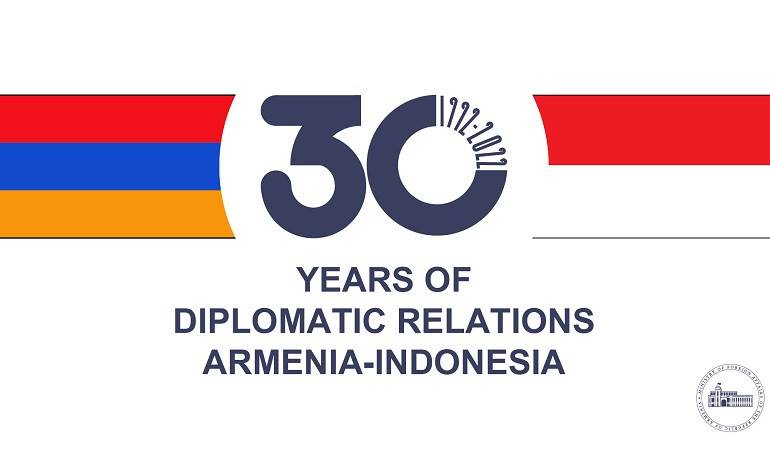 On the 30th anniversary of establishment of diplomatic relations between Armenia and Indonesia the Foreign Ministries of the two countries exchanged congratulatory messages.

In his message to the Indonesian counterpart, Foreign Minister of Armenia Ararat Mirzoyan highlighted the importance of the development of Armenian-Indonesian relations both on bilateral and multilateral platforms, as well as the extension of mutually beneficial cooperation. He expressed hope that through joint efforts the bilateral cooperation will be taken to a higher level.

In his congratulatory message, Foreign Minister of Indonesia Retno Marsudi noted that the 30th anniversary marks the close cooperation of the two countries in various directions. The Indonesian side underlines the strengthening of ties in the fields of trade and information technologies, as well as the cooperation within the framework of the Free Trade Agreement to be signed between Indonesia and Eurasian Economic Union.