The French Foreign Ministry, in an updated travel advisory, strictly advises French citizens against travelling “to the border areas of Armenia with Azerbaijan (including with the Azerbaijani exclave of Nakhichevan) and the regions of Vayots Dzor, Syunik and southern Gekharkunik is strictly advised against due to clashes which currently oppose the Armenian and Azerbaijani armed forces.”

Going further, the ministry advises travelling to “the rest of the country unless there is an imperative reason.”

Reading this, one can only infer that the embassy advises French citizens against visiting Armenia in general. 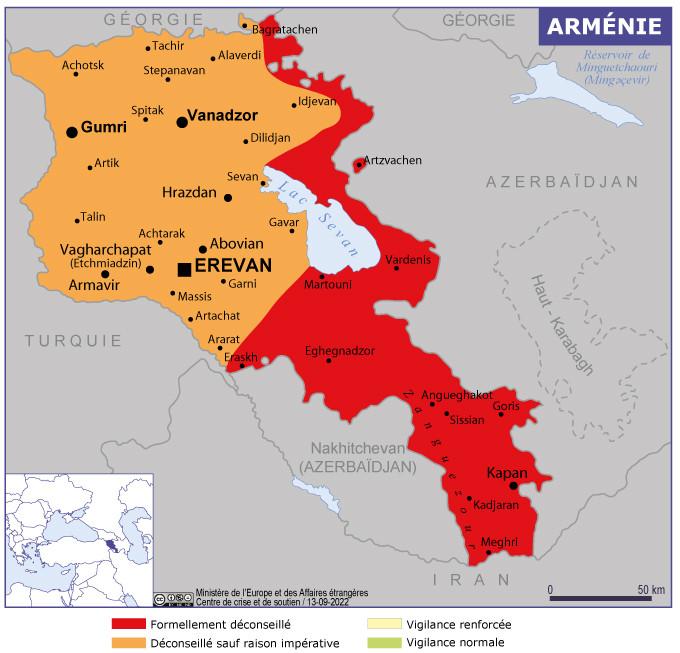