Azerbaijan is lying when it says it is ready for negotiations 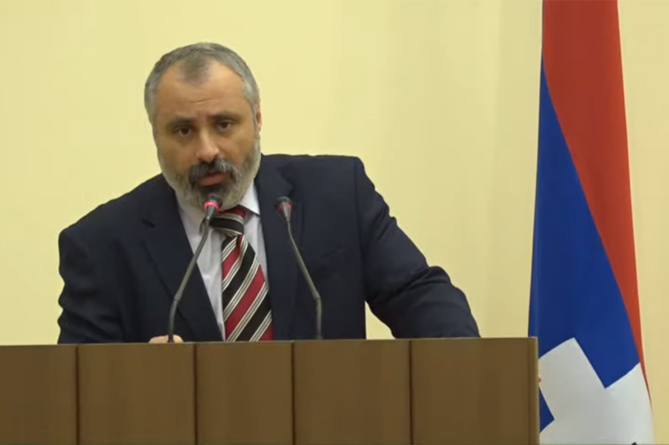 
“Moreover, since 1996-97, when the negotiations were conducted in a distorted format with partial involvement of the Republic of Artsakh, we have always stressed that the full format of the negotiation process should be restored,” he said in an interview with Armenian daily ‘Hraparak’ (Square).


According to the Minister, the problem is not who will lead the negotiations, “after all, each side will present its negotiator,” but in what format the negotiations should take place and what they should be about.


“When Azerbaijan talks about negotiations, saying it is ready for them, it is lying, it is not ready for negotiations. Azerbaijan considers these talks as an internal Azerbaijani dialogue. This is Aliyev’s formulation, so we say that there can be no negotiations in that format,” Babayan stressed.


“These are, in particular, the decisions adopted at the OSCE summit in Budapest in 1994, a number of other documents adopted in 1994-1995. Now if we swallow the bait and say yes, we are ready to negotiate in the Azerbaijani format, then we ourselves will level the internationally recorded fact of Artsakh’s subjectivity. So yes, we are ready for the negotiation process, but in an international format,” he said.


In public remarks earlier this month Azerbaijani president Ilham Aliyev said his country will not negotiate with Armenia regarding Karabakh. Aliyev said if Armenia wants to talk about the rights and security of Armenians in Karabakh, it won’t work.


‘We are ready to talk about this with Armenians living in Karabakh, with people who live in Karabakh and want to live there,” Aliyev said.-0-