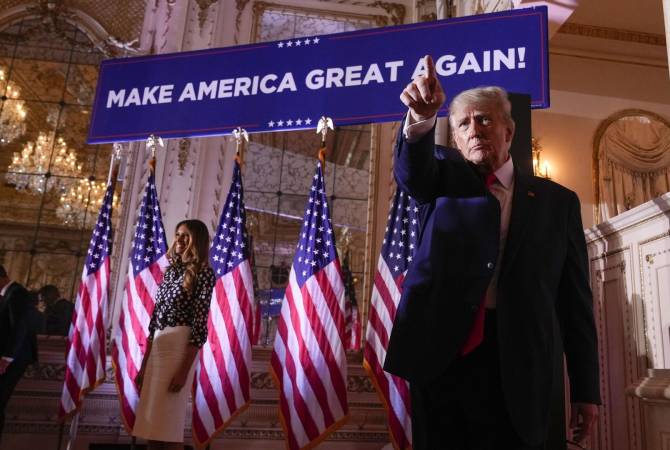 
YEREVAN, NOVEMBER 25, ARMENPRESS. Ye, the rapper formerly known as Kanye West, says he asked former US President Donald Trump to be his running mate during the 2024 presidential race and Trump wasn’t happy about it.

“First time at Mar-a-Lago Rain and traffic,” Ye tweeted late Tuesday night. “Can’t believe I kept President Trump waiting And I had on jeans Yikes What you guys think his response was when I asked him to be my running mate in 2024?”

The rapper, 45, announced last week that he plans to run for president again in 2024.

“The thing that Trump was most perturbed about [is] me asking him to be my vice president,” Kanye said in one of the videos published on his recently-unlocked Twitter account on Thanksgiving night. “I think that was, like, lower on the list of things that caught him off guard.”

“It was the fact that I walked in with intelligence,” he says.

“When Trump started basically screaming at the table telling me I was gonna lose, I mean, has that ever worked for anyone in history? I’m like, ‘wait, hold on Trump, you’re talking to Ye,’” the Grammy winner said.